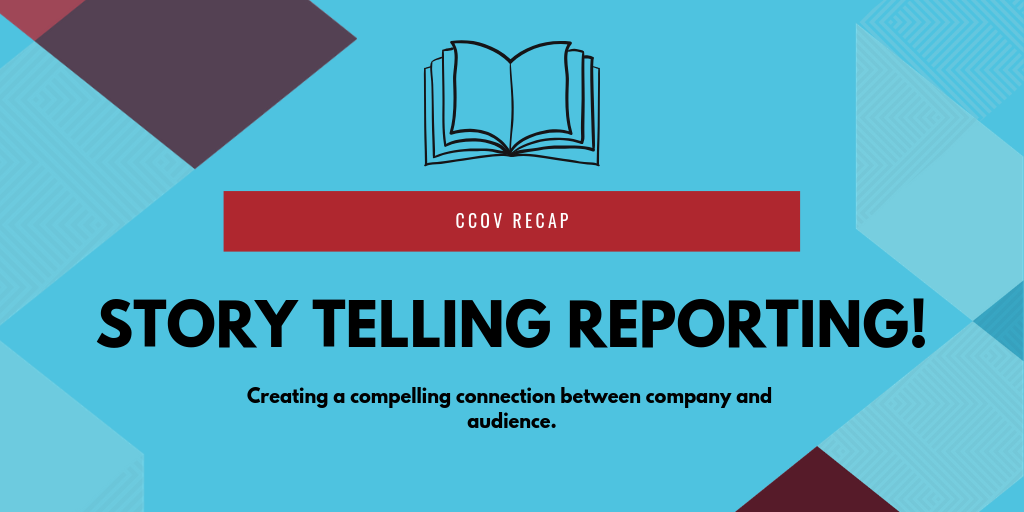 Semi annually, Volunteer Canada’s Corporate Council on Volunteering (CCOV) holds a member gathering, the most recent of which took place January 30 – 31.  The days are broken into sessions with industry discussions and networking.

Two sessions on the first day both focused on the importance of storytelling in engaging corporate audiences in company corporate social responsibility (CSR) commitments. The first, hosted by Russell Sparkman of FusionSpark Media,  centered on neuroscience and employee engagement.  This was followed by Wesley Gee of The Works Design Communications Ltd., who shared examples of current best practices for communicating purpose and impact through reporting.

One aspect of Russell’s presentation centered on a series of hormones: Cortisol, Dopamine and Oxytocin, which subconsciously impact an individual’s receptivity when released.  The most significant one for storytelling is Oxytocin.  Oxytocin is responsible for bonding, trusting and giving and gives the individual the feeling of connectivity and empathy.

Russell explained that CSR departments are the keyholders of great stories – stories about causes, impact, involvement of company employees and these should be shared in reports, conversations between employees and external communications to galvanize an emotional connection to the CSR commitments of your company.  A great example he shared was a video produced by Starbucks.  This commercial is not enveloped in branding, has low production values and yet still grips the viewers’ attention.

While Russell spoke mostly to the theoretical, Wesley shared examples of many of the current best practices in engaging CSR reports he’s seeing.

Relying solely on a PDF report to engage internal and external stakeholders in your organization’s CSR commitments and activities limits the exposure it receives.  Both Russell and Wesley, reminded the group that creativity and honesty are critical for creating a compelling connection between company and audience.

Eric is the Manager of Corporate Events and Projects at Volunteer Canada. His voluntary sector experience includes project management of corporate volunteer events; engaging under-represented groups in volunteerism; leading volunteer training and management of volunteers (from recruitment to exit); as well as conducting research on best practices for both charities and companies. Eric holds a BA in Political Science from Carleton University and a Certificate in Fundraising Management from Algonquin College.
[email protected]
http://www.volunteer.ca